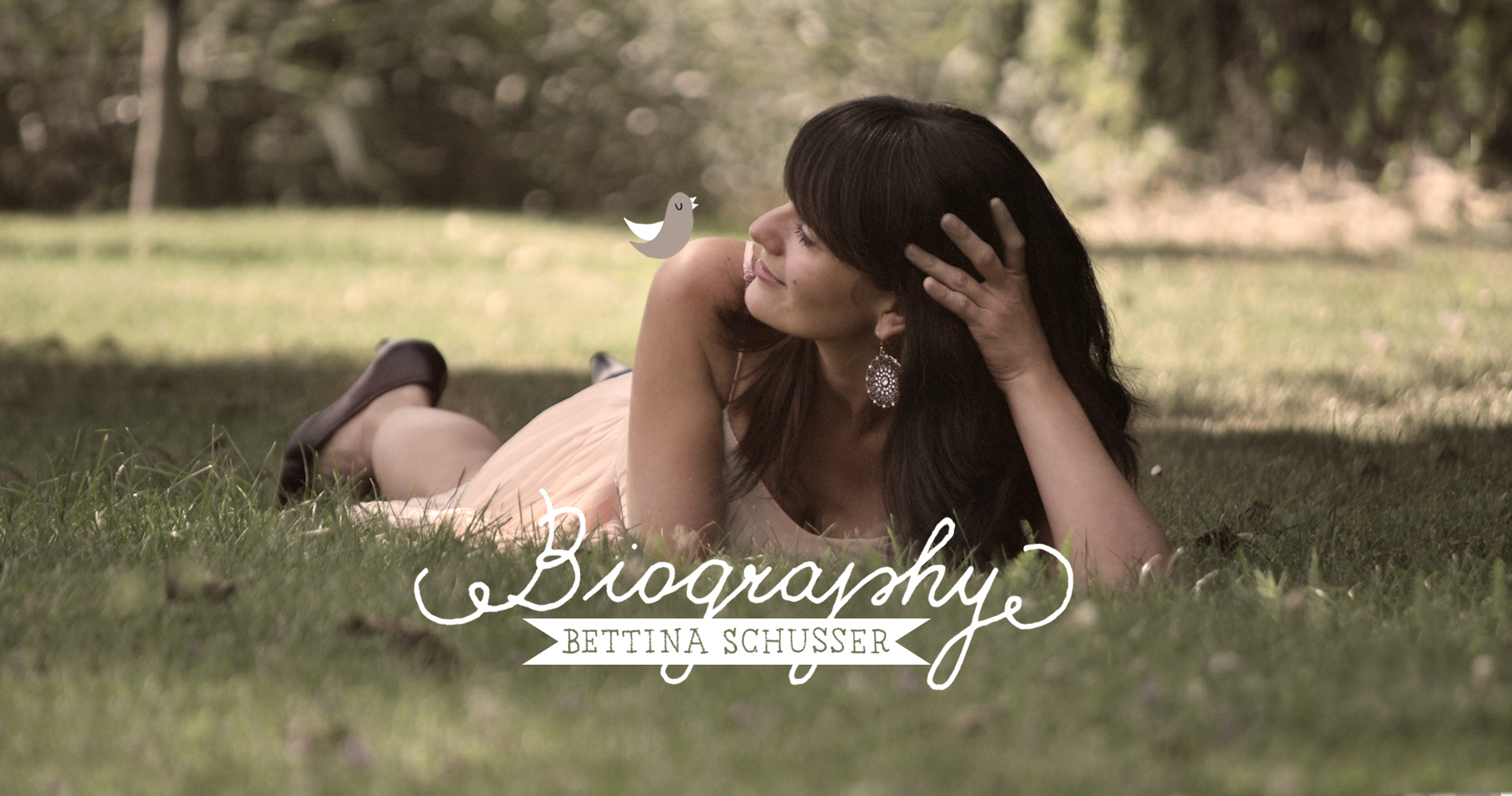 Her enthusiasm and love for music and singing already kindled at a very early age . She started to sing in various bands when she was a teenager. First she trained to become a scondary school teacher in English and Music. In 2003 she started to study Jazz Singing at the Kärntner Landeskonservatorium with Prof. Caroline De Rooij and graduated in 2008. During her studies in 2005 she participated at the Marianne Mendt Jazz Competition and was among the top-finalists that performed at the Marianne Mendt Jazz Festival in St. Pölten. The concert was released on the album "Marianne Mendt präsentiert junge Talente, 1. MM-Jazzfestival 2005".

In 2007 Bettina Schusser was a member of the Joe Zawinul choir, an outstanding project of the Conservatory. Together with Joe Zawinul and the students' ensemble a series of concerts were performed in Klagenfurt, Maribor und Zagreb. During her studies she also had the opportunity to work with many other renowned artists such as Fay Claassen, Judy Niemack, Ali Gaggl and Ines Reiger.

In 2008 she was soloist and part of the CD-project "DAHAM" performed by StudioVokal Kärnten in cooperation with the Kärntner Landeskonservatorium conducted by Prof. Roland Streiner.

In 2009 she started her own project "Betty DeLight" with a focus on developing her own musical language. The artist name "Betty DeLight" simply expresses her love to singing, composing and performing with a band and it also displays her positive attitude towards life. In January 2014 Betty Delight released the debut album "Almost Blue“. Apart from some wonderful jazz standards and originals in beautiful arrangements the album also contains her composition "Coming back to start" featuring a fresh sound and style.

In 2006 she started to teach singing at the School of Music in St. Veit.

In 2013 she also started to teach singing at the School of Music in Eberndorf.

Cookies make it easier for me to provide you with my services. With the usage of my services you permit me to use cookies.
Ok Decline
More information